Voted M&IT ‘Best UK Hotel 2011, 2012, 2013 & 2014’ and winner of C&IT ‘Best UK Conference Hotel’ for five consecutive year, Celtic Manor is a unique destination offering some of the largest and most functional conference spaces in Europe.

This purpose-built, state of the art facility is accessible, versatile and offers every possible amenity with flexible space for a wide range of conferences, events, exhibitions, product launches, dinners and much more.

The Resort also offers complimentary internet access and national telephone calls to UK landlines as well as free parking – all additional benefits of choosing Celtic Manor as the destination for your conference.

With the facilities and services available it is easy to see how The Celtic Manor Resort has gained its reputation as one of the finest conference resorts in Europe.

Only two hours from London, it is easily accessible from the M4 motorway, allowing easy access from all major UK cities.

Celtic Manor offers luxury on a grand scale, encompassing a wealth of facilities set amongst 2,000 acres of panoramic parkland in the beautiful Usk Valley, South Wales. As well as an award-winning convention centre and three hotels, the Resort features three exceptional championship golf courses, two clubhouses and a world-class Golf Academy. There are also two health spas and fitness clubs, six restaurants and an array of exciting outdoor adventure activities.

Take a tour & watch our video 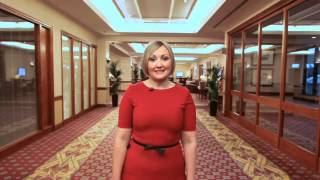